Born in Columbus, GA and raised in Lancaster County, VA, Charles began playing golf at the age of 5 thanks to his father who is an accomplished player as well.  After a successful junior golf career winning local and national titles, Charles decided to turn pro as soon as possible.  He worked as a cart assistant at the age of 14 and became Assistant to the Pro at the age of 16.  Finishing high school at the age of 16 allowed Charles to jump-start a career in the golf industry.  He has worked his way up through the golf business throughout the years.  His accomplishments include becoming the Head Professional at a private course and Director of Golf at a semi-private course.  Charles has been with Hampton Roads Golf Clubs for 15 years and is now the General Manager at Chesapeake Golf Club where he has been since 2014.  He holds numerous course records and also holds a Bachelor of Science degree in business management. 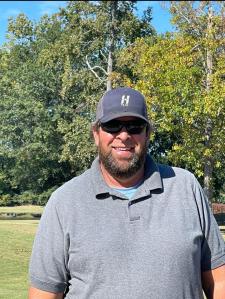